Unconventional Warfare is on Kickstarter now!

Please checkout our Kickstarter if you haven't yet and share the link with your friends. We really need your help to complete and release UW.

Our public bug tracker can be viewed here.

Our two programmers will split up now. One will move on to working on 0.7 whereas the other will continue to support 0.6.x for now.

We'll soon release a v0.6.2 patch and focus all in v0.7 unless there's a serious issue that needs fixing in v0.6.2. We can't wait to show everyone what more we have planned for the combat overhaul in v0.7. Please stay tuned.

I'm sorry that updates have been slow on itch in comparison to Steam, a small dev team handling both Kickstarter marketing and development is keeping us busy both mentally and physically. We'll try harder and do our best to handle both well.

Thank you always for your support!

I understand correctly about First Aid Kit is FAK, right? And yes, she still are a medic ? 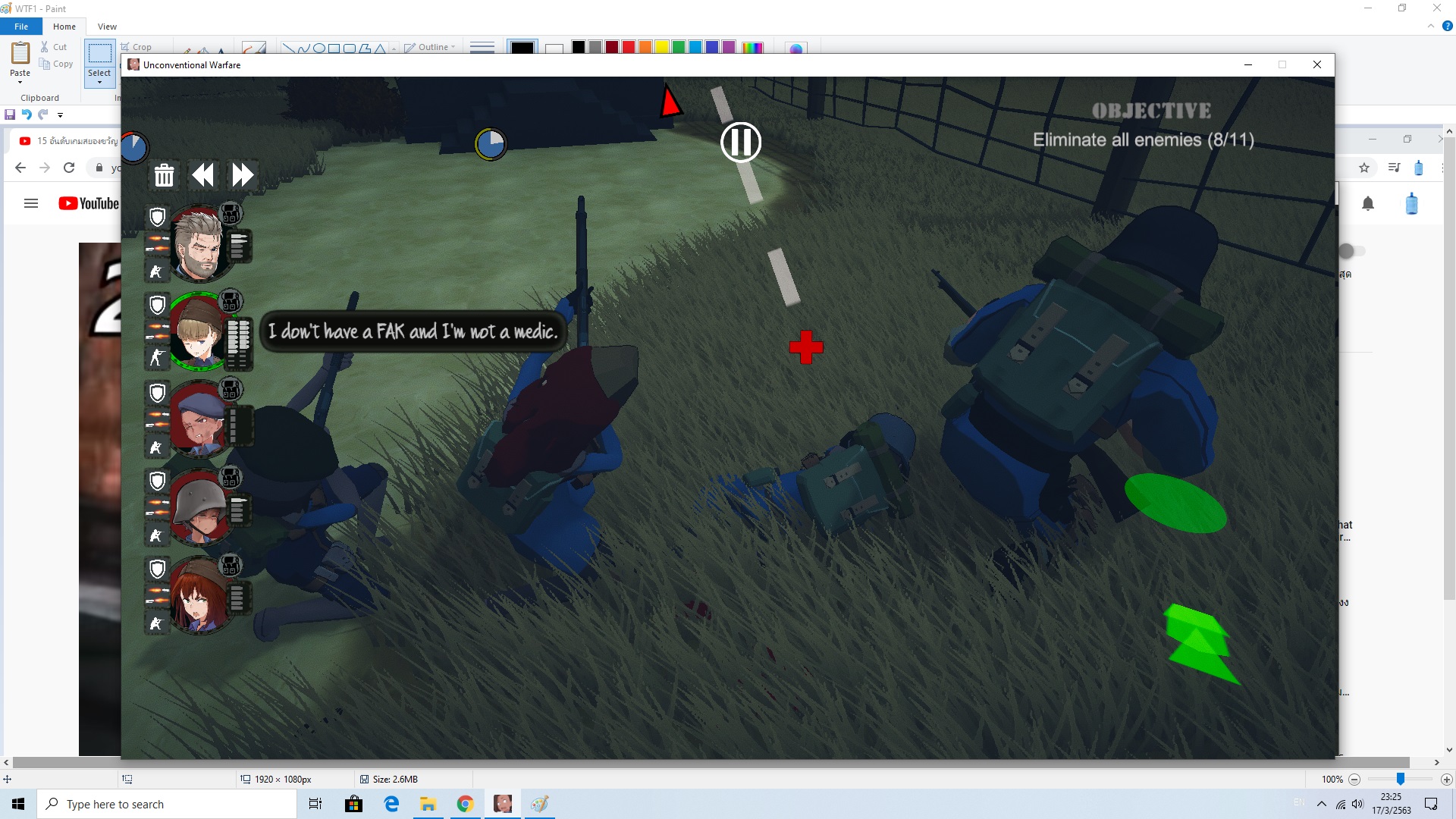 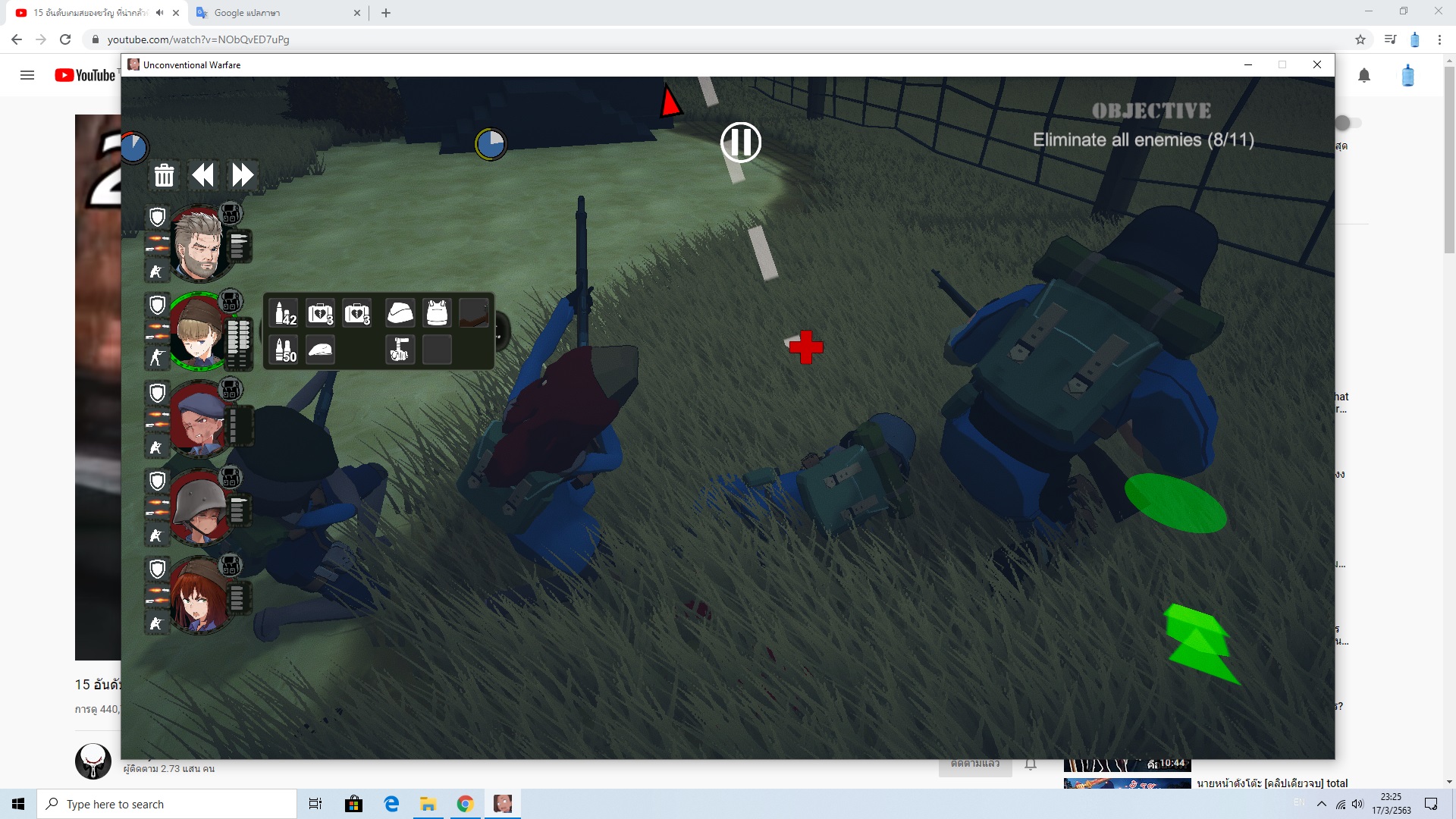 FOr medics to do their thing, go to soldiers window(helmet icon), and make sure that the Medic Skill is selected.

Oh ok i understand thank you!

AWWW, shotgun got nerfed. Well, at least it can make shotgunning unreliable. People I armed with shotguns is hard to predict when the hell are they going to shoot. At least, they keep up with awesome damage and lack of respect for people with cover. Unfortunately, its a double edge sword as I managed to count two people with trench guns used against my team in Imon Mine.