The 0.7.3 update for the demo took longer than expected (as is tradition). This is in part due to some tasks taking longer than we anticipated and in part due to us reorganizing our release schedule. Aside from fixing bugs which have been reported, we added quite a few new features.

Note: A lot of code has changed and as a result the old save files are not compatible with 0.7.3. We apologize for the inconvenience, but there was no practical way to make this update backwards compatible.

We made improvements to UW's cover system to reduce the amount of pixel hunting and micromanagement. Characters will now snap to nearby cover when the cursor is close to it. On top of that, groups of characters will automatically align themselves along walls with a single click. 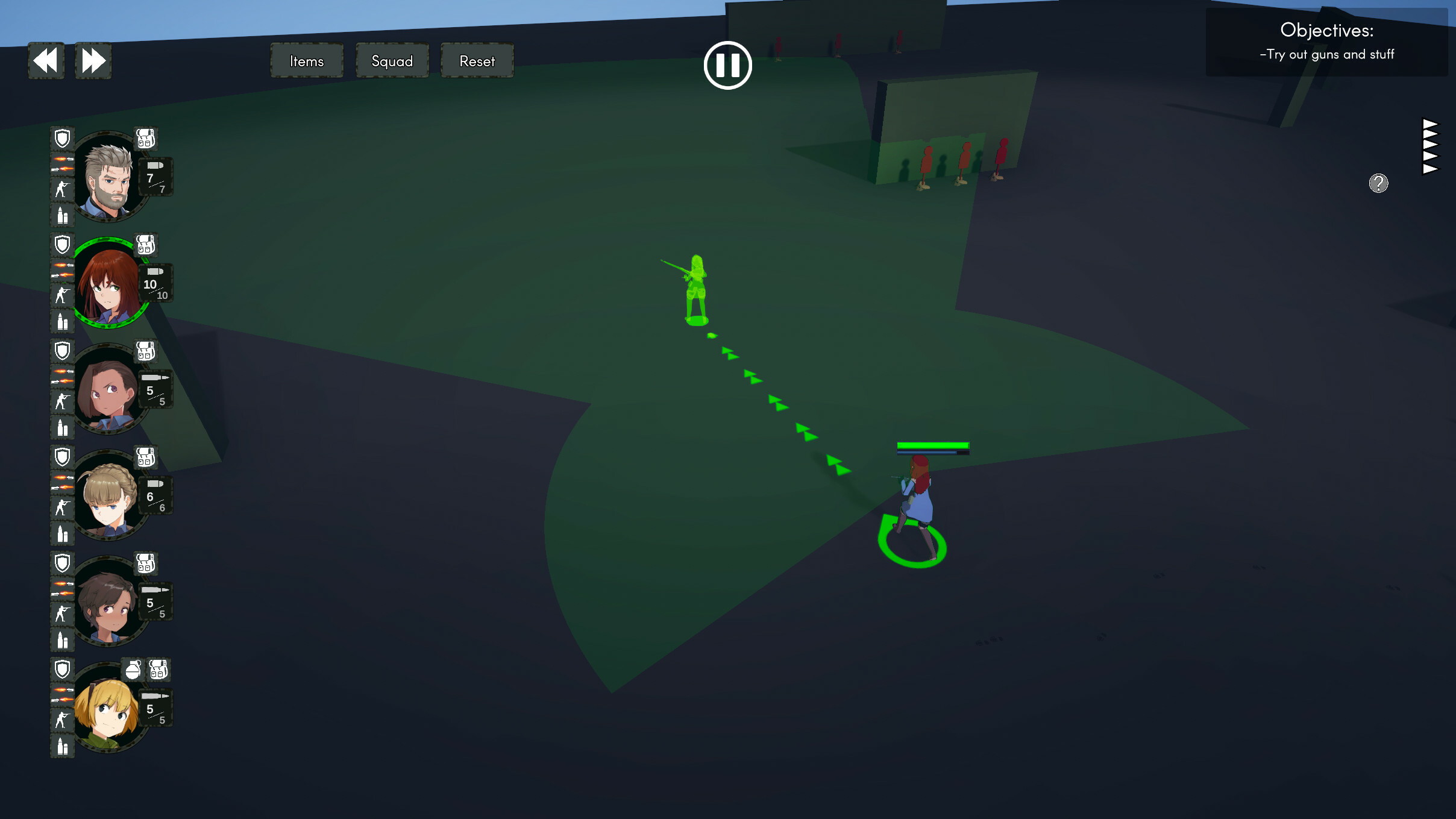 When the game is paused, you'll now see a hologram that visualizes where units are moving to. 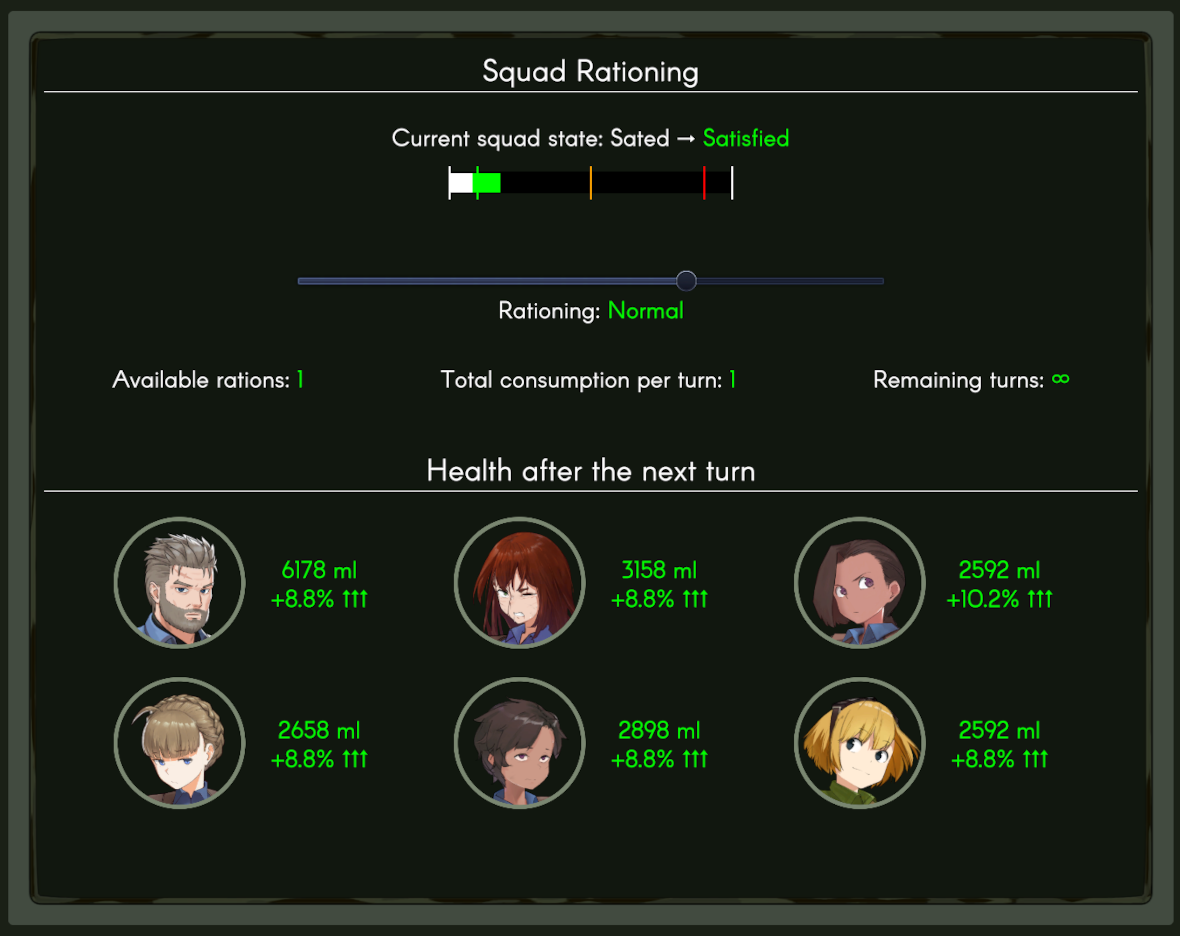 Up until now, rationing required you to specify the amount of rations each character gets individually. This quickly became a chore that would only get worse in the future, as more characters will join your squad.

We're discussing how to address that and rolled out a preliminary change. Rationing is no longer configured on a per-character basis. So far, the underlying mechanics haven't changed. It's just that you have a single slider and the game will automatically divide your rations after every turn.

The rationing and camping mechanics will be improved in the future, but for the time being, this will do. 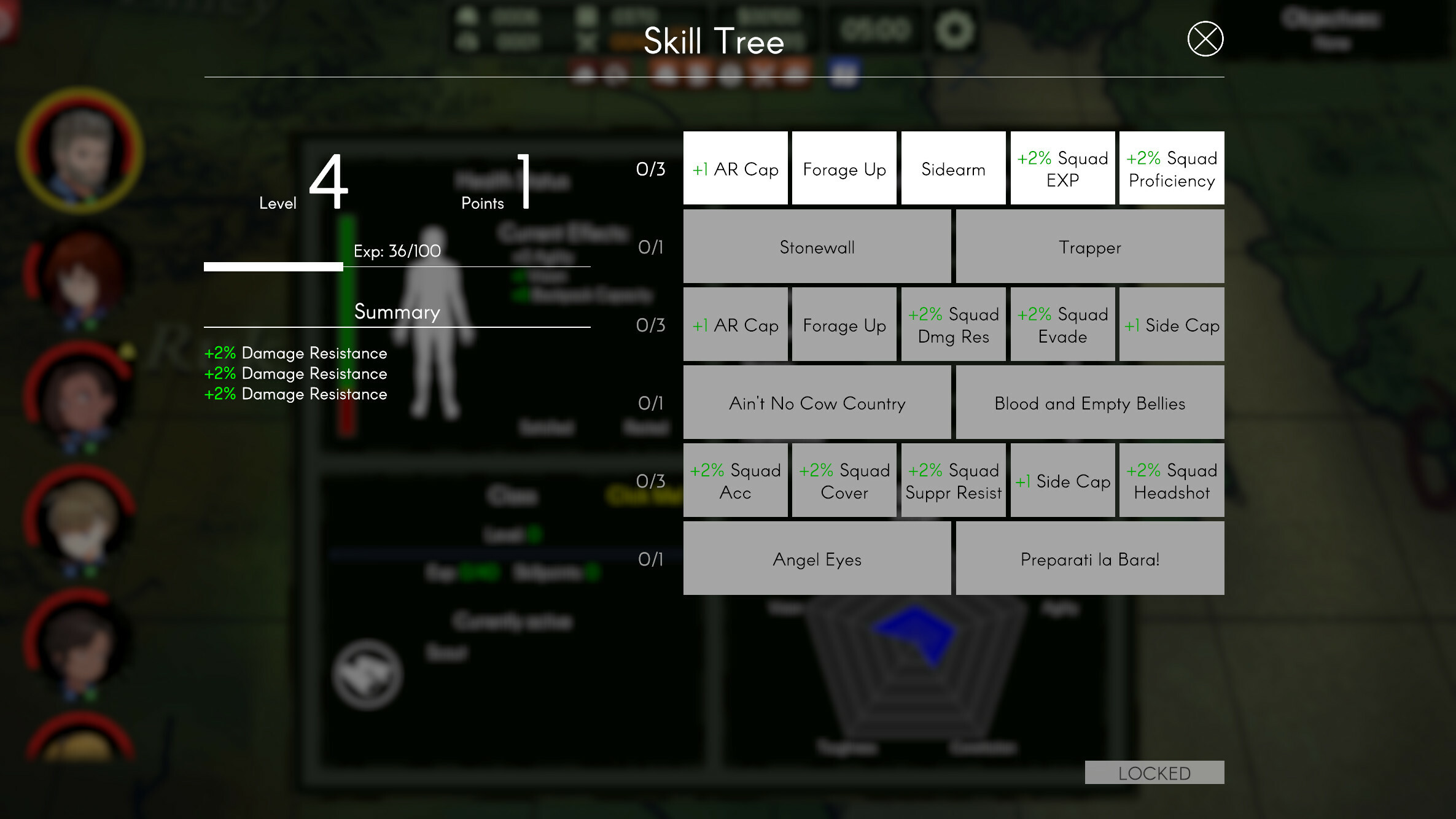 In the future, the game's RPG mechanics will receive a big update. We have finalized the characters' skill trees and added them to the game. Keep in mind that they're not yet functional.

The preview also features the new UI style that will be rolled out in the future. As of now, the game has a lot of ancient UI that is in dire need of a redesign. This will be done gradually during future updates.

The previews can be accessed from each character's old class menu. Just click the yellow text that says "Click Me". 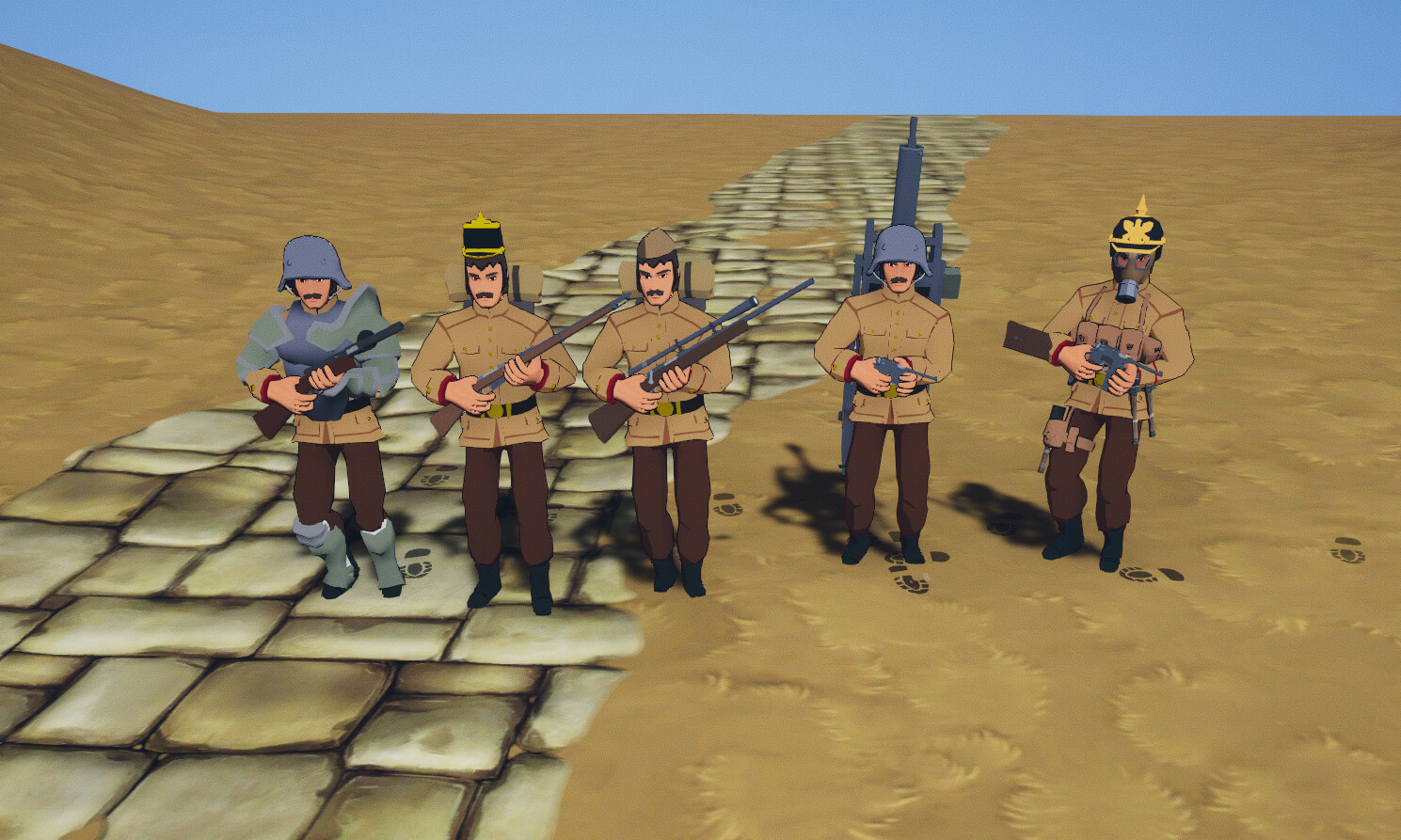 We have added new enemy types and smoke grenades to UW. There's not much more to say here, other than that there's more to come, still.

There has been an ongoing effort to rewrite and improve much of the old code which has been giving us trouble. With the release of 0.7.3, almost all of the worst offenders have now been eliminated. There are only a couple of things left to do:

Work on some of these has already started.

Where are the new character models?

We've been showing off new character models for a while now. So where are they?

We're pleased to announce that 0.7.3 is the last 0.7 update for the Unconventional Warfare demo. The work on 0.8 has officially started!

In fact, it started a while ago. While some of us put the finishing touches on 0.7.3, others have already been hard at work for 0.8. As a reminder (and for the uninitiated): 0.8 will feature the new character models

we've been showing off, as well as the actual story

of UW. The story you've seen up until this point was a mere placeholder.

Here's a sneak peek of three new locations that are being worked on. 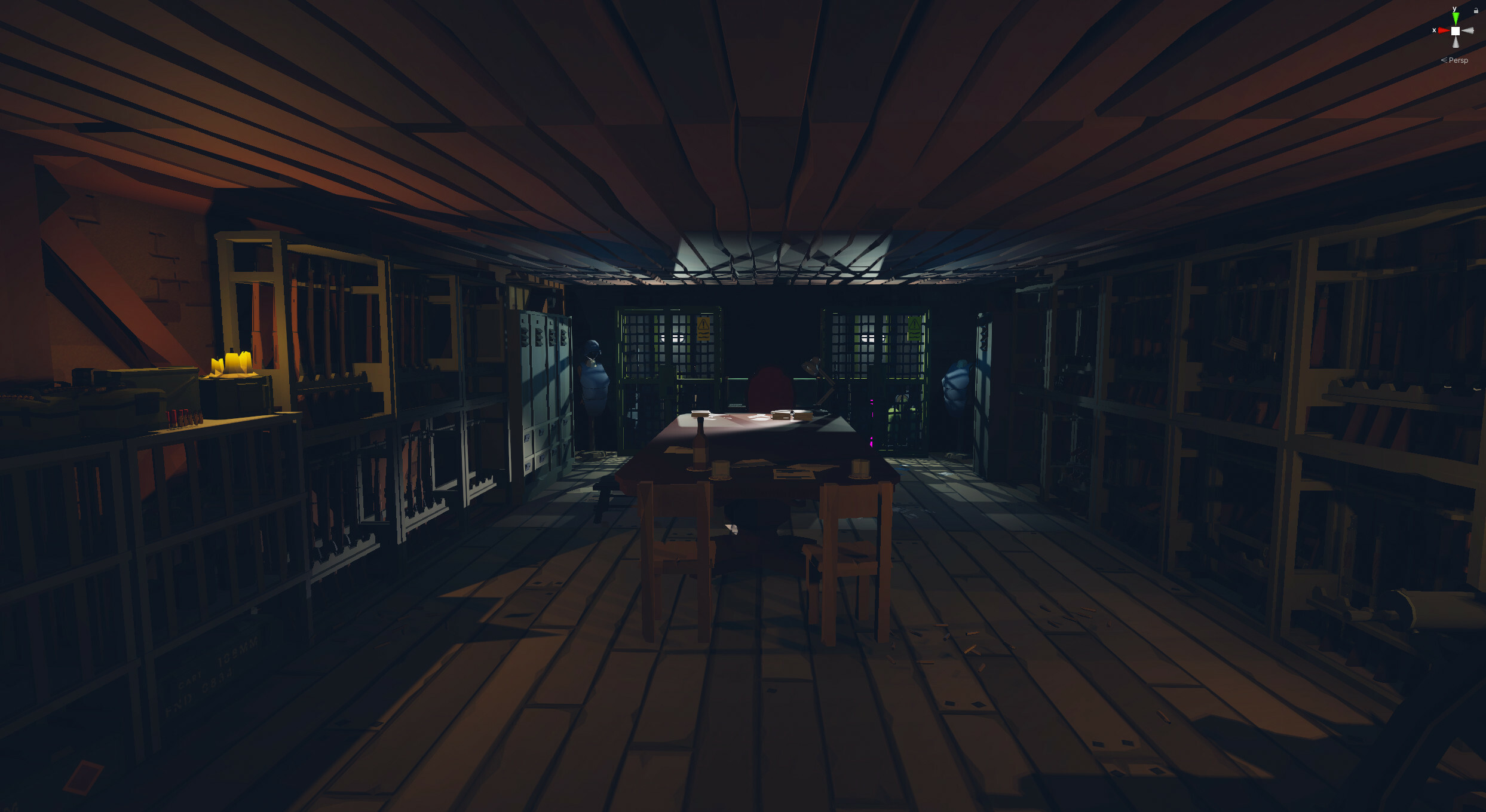 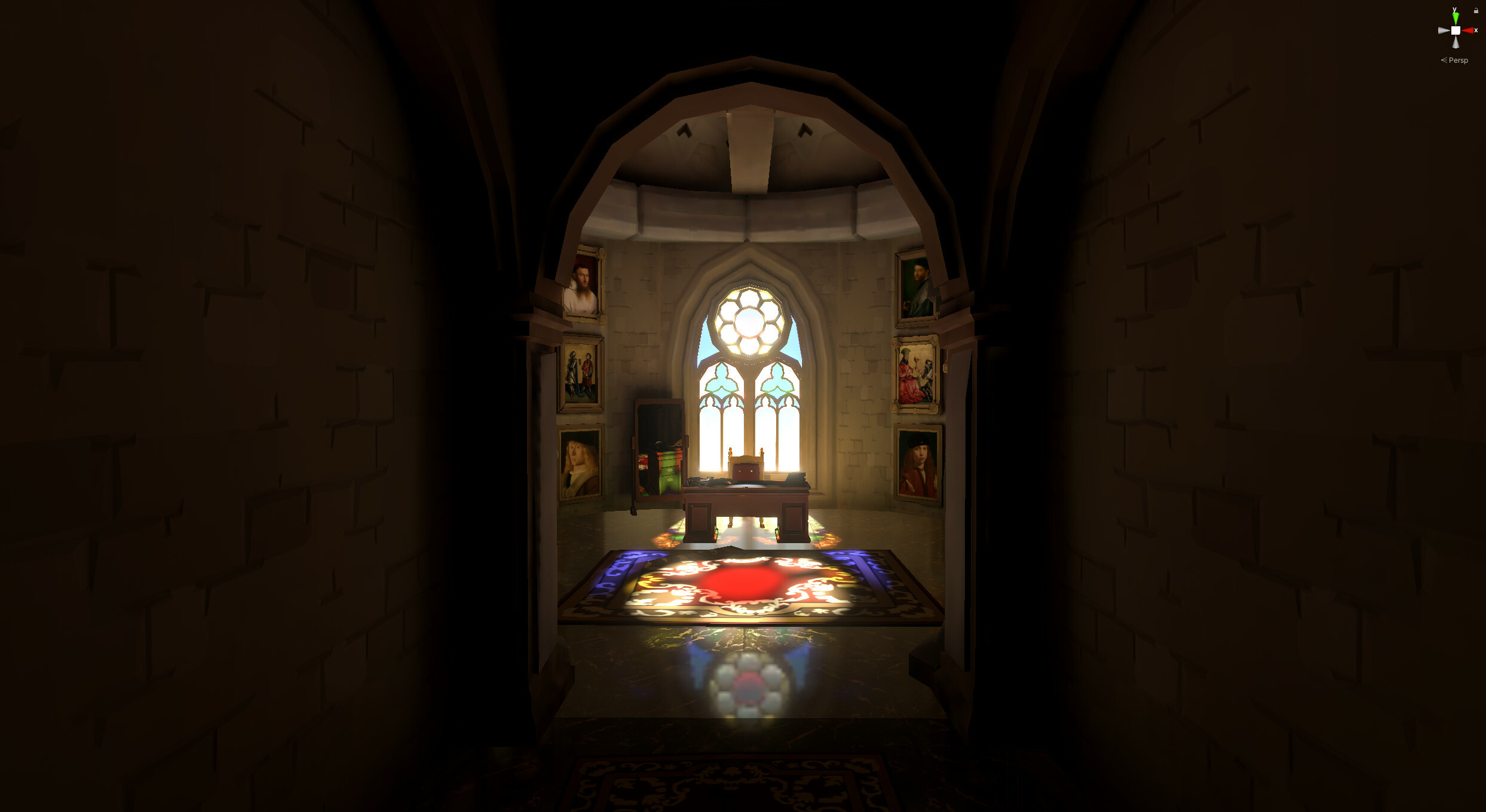 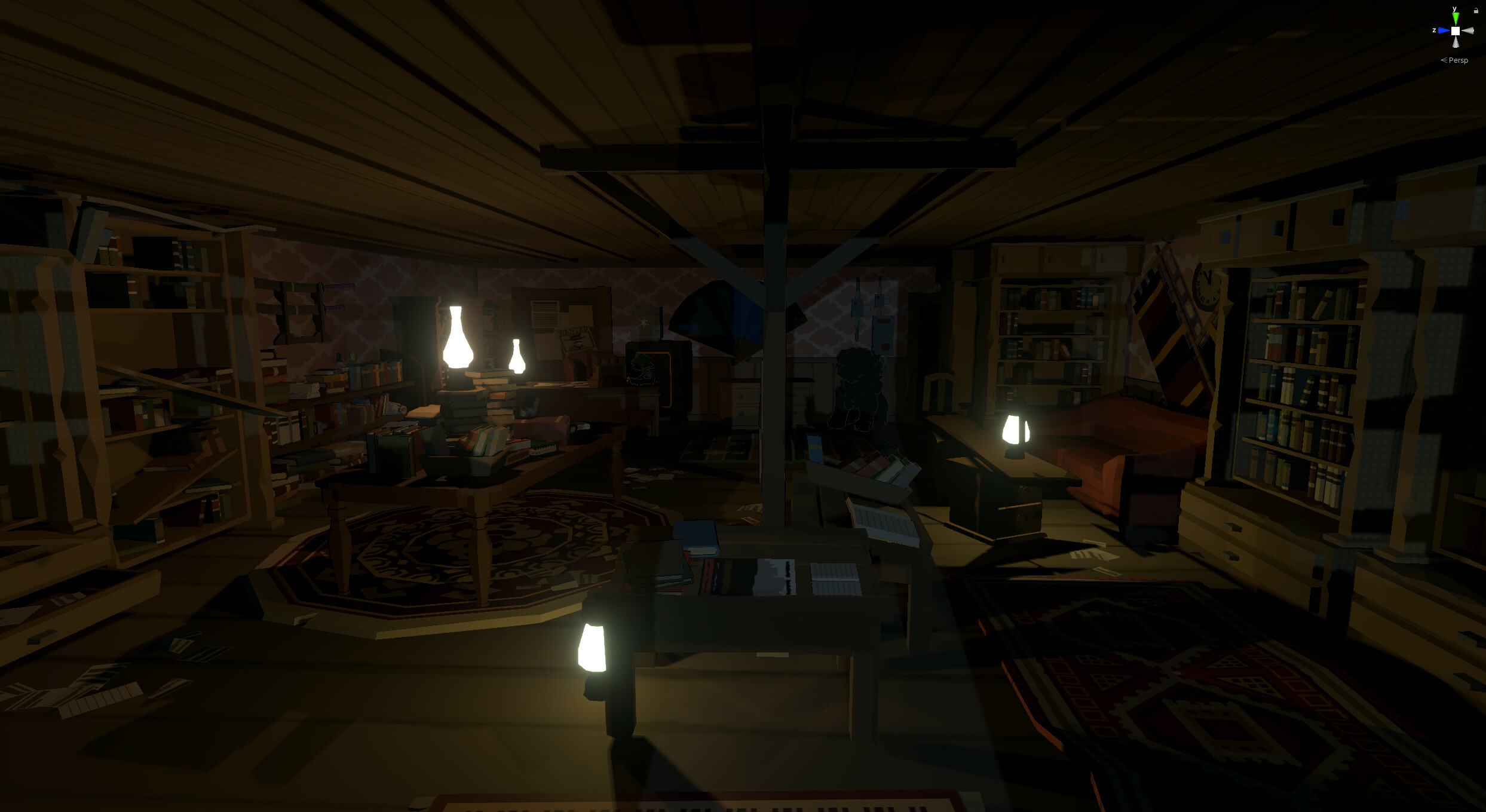 Thank you for your support! Please continue to share your ideas with us and feel free to ask us any questions you might have (preferably via our Discord server).